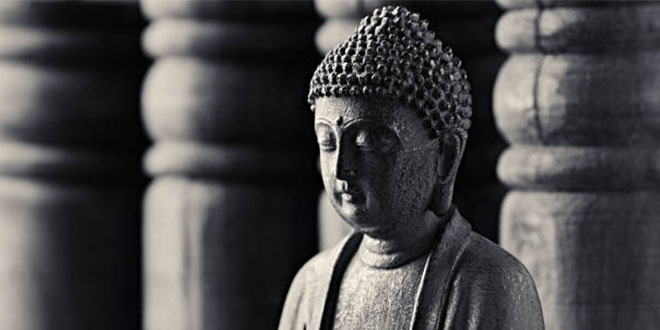 The third volume of this impressive Chinese and English series is an addition to the Buddhist Stone Sutras in China collection. Under the editorship of Lothar Ledderose, the attention of this volume returns to the “Grove of the Reclining Buddha” (Wofoyuan 臥佛院) located in the eastern part of Sichuan Province to examine the three caves, numbered 46, 51, and 58, in Section C  located on  the southern side of  the Grove.  As  indicated in Ledderose’s introduction, the first volume of the series on Sichuan was dedicated to the exploration of caves 1 and 2 in section G on the western side of the central Buddha figure, while volume 2 was dedicated to Section A and B with its collection of finished and unfinished caves (20). Section C is characterized as “central to the entire precinct” (20). “Its three caves are placed prominently on the cliff wall in such a way that they face the reclining Buddha on the other side of the valley” (20), and this precinct’s importance and distinguishing features in the Grove become apparent as one reads through the volume.

Ledderose’s introduction offers an overview of the caves and relevant material culture including the unique architectural features in the tripartite grouping of caves 46, 51, and 58, sculptures, colophons, key actors, and texts, and the tricky nature of chronology that besets these kinds of historical sites, in order to situate the subsequent analyses. Martin Bemmann’s chapter, “The Banner Carved on Wall I of Cave 46,” suggests that there is a distinct image of the life-prolonging banner associated with a Medicine Buddha ritual, dated to the early or middle Tang dynasty, indicating that the liminal space outside of Cave 46 served for healing and purification (63). Stefano Zacchetti’s chapter, “The Catalog of All Canonical Scriptures (zhongjing mulu 眾經目錄)” discusses how the decision to include the Catalog among the carvings is “one of the most unexpected and intriguing [features]” (77). Zacchetti situates the Catalog within a broader historical and cultural context, providing an outline of the sutra itself and the crucial binary opposites necessary to understand the text and its textual history. Zacchetti concludes by suggesting that the choice to include the Catalog was a symbolic allusion to the entire Buddhist canon. In other words, the reduction of the texts to a catalog of contents, in fact, evoked the entirety of the text (93). As Zacchetti states, “The acts of anthologizing and excerpting play an important role in the Wofoyuan project. Only a limited number of texts were selected for carving, and only a few of them . . . were carved in their entirety. This feature is, in fact, shared by many other sites with engraved scriptures produced in medieval China     As a result, various practices were adopted in order to produce manageable textual bodies by selecting, abridging or anthologizing particular texts” (92). Despite its incomplete state, the following intention behind the engravings remains intact: It was deemed unnecessary to depict the scripture in its entirety provided that part of the scripture was represented because the Catalog was symbolic of the Buddha’s teachings as a whole. While Zacchetti is the first to focus on the importance of symbolism at this site, other authors in the volume similarly analyze the concern for symbolism over realism, and the elements of practicality in the various carving choices. For example, Bemmann’s chapter, previously discussed, highlights the healing abilities linked to the image of the lifeprolonging banner found in Cave 46.

The next chapter by Chen Frederick Shih-Chung, “The Sutra of Liberation and Breaking the Attributes of the Mind through the Wisdom Stored in the Ocean of Buddha-nature (foxinghai zang zhihui jietuo po xinxiang jing 佛性海藏智慧解脫破心相經)” provides a summary of apocryphal sutras, initially presumed missing, that were rediscovered and restored (101). Shih-Chung indicates that this sutra served as a compressed teaching of Buddha-nature (in a similar manner to the Catalog discussed by Zacchetti) and was coupled with select episodes from the popular Lotus Sutra to propagate specific doctrines and beliefs with a wider appeal (106). Namely, as a shortened and “more intelligible version of the Great Para-

nirvana Sutra” (106), this sutra attempted to provide ordinary followers with an easier method of following the doctrine. It presented a simpler understanding of the Buddha’s last sermon before entering nirvana,  on the universality of the Buddha-nature and the importance of personally upholding the sutra which could be completed through reciting and copying the sutra (as discussed by Shih-Chung [104-106]).

Manuel Sassmann and Tsui Suey-Ling’s chapter, “The Sutra of the Glorious Buddha Crown Dharaṇī (foding zunsheng tuoluoni jing 佛頂尊勝陀羅尼經),” discusses the unusual case of a dharaṇī that appears twice in a single cave, though both versions had different transliterations. Sassmann and Suey-Ling compared both versions to reveal the complex intricacies involved with transliterating Sanskrit to Chinese and the functions that the dharaṇī served. Though their research indicates that there were countless transliterations of the dharaṇī, the inclusion of two versions may

have been an attempt by Monk Ruyi 釋如一, who was a prominent figure at the Grove (he left a short colophon of his name in 733 CE), to replace an older version. As Monk Ruyi’s newer version was placed in a higher

position than the older one, enabling it to be seen more easily, it was regarded as being more accurate. The prominent position of the dharaṇī, as Sassmann and Suey-Ling suggest, was a deliberate attempt to fulfil the Buddha’s instructions, as follows: “If someone can write down this dharaṇī and place it on a high banner, or on a high mountain, or on a building, or even inside a stupa . . . then, when the dharaṇī is seen, when it is approached, when its shadow is cast on bodies, or wind blows on the dharaṇī on high banners etc., and dust falls down on peoples’ bodies;… [then those involved] will all be entirely spared from the sufferings of the evil path” (116).

The final chapters focus on cave carvings that are foundational to Chinese Buddhism. Ryan Richard Overbey’s chapter on “The Perfection of Wisdom in the Sutras,” offers insights into an earlier sutra, “The Sutra Spoken by the Buddha on the Perfection of Wisdom in the Sutras (fo shuo xiuduoluo boreboluomi jing 佛說修多羅般若波羅蜜經)” that was most likely composed in China. The carving is invaluable source material for it is the only known full version of the sutra. Overbey gives an overview of the sutra, including an English translation, and suggests several possibilities for the inclusion of this carving, from serving as a critique of corruption in Buddhist monastic institutions to an early development of Ch’an ideas and values. Overbey concludes with the relatively undeveloped hypothesis that the sutra may have served as narrative and emotional weight for visitors’ experiences. The sutra concludes with the Buddha’s announcement of his impending parinirvāṇa that causes sadness among his assembled followers; by reading the sutra in Cave 46 and looking outward to see the reclining Buddha’s sculpture on the northern cliff, site visitors are able to participate in the sorrowful experience of the Buddha’s death.

Next, Claudia Wenzel considers “The Amitabha Sutra (fo shuo amituo jing 佛說阿彌陀經),” a foundational sutra of Pure Land Buddhism, which is carved on Wall F of Cave 46. Wenzel outlines the doctrinal beliefs and  developments  associated  with  this  sutra  and  its  importance in relation to other texts. Wenzel asserts that the Xiangyang Stele served as the foundation for the text carved on Wall F of Cave 46. The Xiangyang Stele incorporated changes that signalled a shift from canonical tradition, which instructed devotees to actively chant Amitabha’s name, to more passive devotional practices. Specifically, the passages preserved on the Xiangyang Stele and those found at Wofoyuan do “not necessarily indicate that the name of Amitabha needs to be invoked or chanted; it might be recollected in the mind only, in meditative silence” (164). These differences further led Wenzel to point out evidence of cultural exchange between Song China and Kamakura Japan that was previously unrecognized. The distinctions of how the Buddha’s name was to be recollected had rippling doctrinal implications, including an influence on Honen’s establishment of Japanese Pure Land, discussed in depth by Wenzel (162-165). Additionally, while the changes in the sutra proved fundamental for the Pure Land movement, it is still uncertain whether these changes had prevalence in other regions.

Finally, Tsai Suey-Ling and Claudia Wenzel conclude the volume with their discussion of “The Spell Spoken by Buddha Amitabha.” As with several of the other sutras carved at this site, there are several versions of this widely recited spell (dharaṇī), and therefore the authors restrict their attention to the Grove version only. They contextualize the spell with respect to the Amitabha Sutra and suggest that it was carved either as an addition or correction to the Amitabha Sutra already completed on Wall F, or, like other sutras discussed elsewhere, was completed to work in conjunction with the other texts, specifically “The Spell of Glorious Buddha Crown,” which was said to prevent untimely death, unfortunate rebirth, and to ensure the visitors’ rebirth in the pure land.

Each chapter builds on the previous ones, and though the chapters each analyze different cave components, the volume collectively suggests that the carvings in these three caves are symbolic in nature (such as Zacchetti’s analysis of “The Catalog of All Canonical Scriptures,” Overbey’s insights on the “The Perfection of Wisdom in the Sutras,” or Wenzel’s examination of the “The Amitabha Sutra” on Wall F of Cave 46). While the authors propose that the symbolism served to represent the greater canon as a whole and to evoke emotional responses from pilgrims, each carving was intentionally structured to instil a specific—i.e. Chinese (Pure Land and Chan)—understanding of the Buddha’s teachings. On account of this symbolism, the magnificent carvings and the significant undertaking of material culture at the site, exhibits a keen sense of precise planning. Despite a clear planning strategy, there is also an indication of human fallacy and the changing social and political pressures that likely occurred between the Tang dynasty (723 CE in the Kaiyuan era) and the Southern Song dynasty (in 1228 CE) (see pp. 35-42 for more discussion). The incomplete, missing, and altered stone sutras are product attributed to sectarianism. The contrasting forces of careful planning coupled with imperfection, along with the shift from a golden period to decline, provide stimulating insight into the lives of the various contemporary actors, from members of the monastic orders to lay-people of varying social status who developed and used the site, both of whom influenced the carving process. The volume is completed with a set of annotated aerial photographs of the site (the frontispiece), appropriate illustrations (such as illustrations of the banner on Wall i of Cave 46, and illustrated maps of the caves), magnificent high-resolution, coloured photographs of the cave inscriptions, and detailed transcriptions, including a table of selected variant characters for comparison. These complementary additions are an asset to the chapter discussions.

As part of a four-part series, this volume and its counterparts speak to a high degree of expertise, with the extensive primary and secondary-source research conducted by the international team of scholars, the inclusion of numerous sources in the footnotes, and the careful attention to bibliographical details. The language of the volume is accessible, and the bilingual content is applicable to a wide audience base. This book is highly recommended for graduate students and scholars with familiarity in the disciplines of archaeology, art history, Buddhist studies (especially Chinese Buddhist studies), history, and philology. This volume is an excellent read and will prove a unique addition to any collection.

[dropcap]“[/dropcap]Copyright Notice: Digital copies of this work may be made and distributed provided no change is made and no alteration is made to the content. Reproduction in any other format, with the exception of a single copy for private study, requires the written permission of the author. [/box]