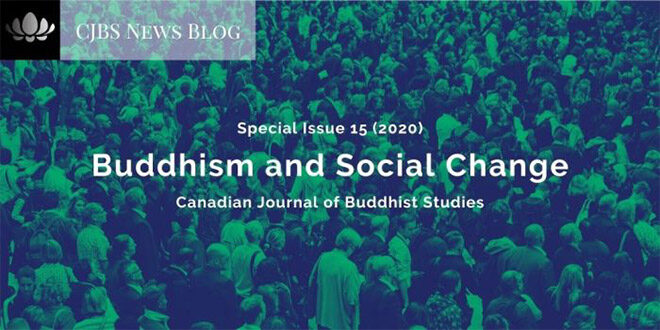 Organized by the Dharma Drum Vancouver Centre in collaboration with the University of Calgary Numata Chair in Buddhist Studies, the “Buddhism and Social Change” workshop that inspired these papers was convened in September 2019. The workshop was designed to address areas of dialogue between Buddhist practice and the complex social and environmental crises and transitions we currently face. Speakers and discussants addressed social change through the lenses of their respective fields, drawing from sociology, philosophy, economics, psychology, cultural studies, all inflected by Buddhist teaching and practice. Topics raised in the papers and discussion sessions included Chan practitioners as agents of social change, Buddhism and resilient systems, transforming social karma, EcoDharma and a new Buddhist path, modern subjectivities and social change, and how a “Buddhist economics” might work. Discussion was especially focused on questions of how to practice in the context of global social upheaval, which of course has grown even more acute since the workshop was held a year ago. A key point that readers of this volume might consider and discuss for themselves is: “How do you see the work of beneficial and equitable social, economic, and political change (which involves making distinctions) mesh with the work of Buddhist practice goals (like action arising from nondual wisdom)?”

Copyright Notice: Digital copies of this work may be made and distributed provided no change is made and no alteration is made to the content. Re- production in any other format, with the exception of a single copy for private study, requires the written permission of the author.

We are glad to announce that the Canadian Journal of Buddhist Studies’ 2020 special issue Buddhism and Social Change was published and is now available for online reading. Please see below for the issue’s table of contents

Introduction of the Special Issue
By Wendi Adamek, University of Calgary

Articles
As If This Is Home
By Wendi Adamek, University of Calgary

Chan Practitioners as Agents of Social Change
By Rebecca S.K. Li, The College of New Jersey

“‘How to Milk a Painted Cow:’ Considering the Buddhist View of Emptiness:” A Lecture by Khenpo Chöying Dorjee at UBC, February 28, 2019
By Sarah Fink, University of British Columbia

Reflections on Attending the Annual Meeting of the Association for Asian Studies (2019)
By Gerjan Altenburg, McMaster University

The Oriental Nun and Representation of Buddhist Female Monastics or Monasticism: An Interview with Elizabeth Guthrie (University of Waterloo)
By Ngoc B. Le, Simon Fraser University

The Politics and Pathways of Return: Trans-regional Perspectives on a Buddhist Homeland (June 28-29, 2019): A Conference Report
By Ngoc B. Le, Simon Fraser University

“All Living Beings Have Buddha-Nature:” the Genesis of the Concept of Universal Buddhahood: A Lecture by Dr. Michael Zimmermann at UBC
By Sarah Fink, University of British Columbia

Religion and Politics in Bhutan: An Interview with Dr. Dagmar Schwerk
By Ngoc B. Le, Simon Fraser University

“Did Women Produce Buddhist Texts in Medieval China? And Does it Matter if they did?:” Lecture by Stephanie Balkwill
By Sarah Fink, University of British Columbia

New Paths in Teaching Buddhist Studies: Conference Report
By John Negru, Independent Scholar, Publisher at Sumeru Books
If you are interested in sharing news of conferences, speakers, research projects, scholarships, book publications and launches, and other items of interest to Buddhist scholars on the CJBS News blog, please get in touch with the Journal Manager Ngoc LE at cjbs@sfu.ca. 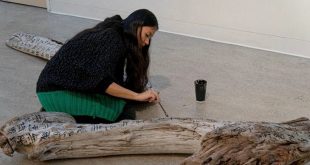 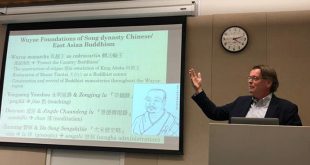 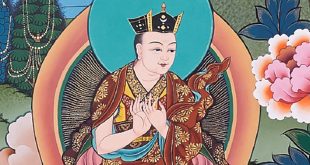 Colin H. Simonds | Queen’s University | CJBS: Reincarnation in Tibetan Buddhism: The Third Karmapa and the Invention of a Tradition 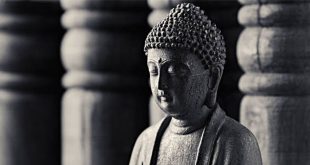 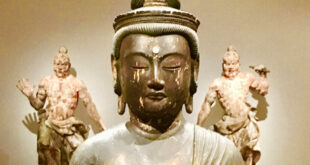 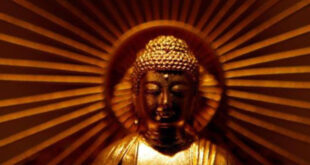