Engage with the Buddha’s teaching

The opening word of this stanza is the second person imperative form of the verb “to make” or “to do”—its most direct meaning is therefore: Do it! This is so important. The teaching of the Buddha is not something merely to read, listen to, or think about; it has always been something to do, to enact, to embody, to undertake in experience and exemplify in behavior. In short, the instructions, the curriculum, the tradition, the spiritual path (all possible words for sāsanā), left behind by the Buddha as his legacy, is something that must be engaged with if it is to be understood at all.

In this sense all Buddhism has always been engaged Buddhism. Some might emphasize engagement with external social and political constructs, while others might engage with the shadow side of one’s own psyche, but all Buddhists are ideally practicing the teacher’s instructions in one way or another. Theory (dhamma) and practice (vinaya) are two halves of the same word, and have always been yoked together in Buddhist tradition.

One who does so has no regrets

Engaging with the Buddha’s teachings yields tangible results. They may be spectacularly dramatic results, such as the total emancipation of the mind from its underlying toxins of greed, hatred and delusion, or they may be more modest results, such as becoming a better person and contributing to making the world a better place for all. These are both stages on the same continuum. The Buddha was not a philosopher, or an intellectual, nor was he a theologian. He regarded himself as a physician whose sole motivation was to heal people who are suffering and guide them to an experience of profound well-being. Any effort invested in behaving with greater integrity, becoming more mindful, or understanding more clearly the way things really are will make you better off, in very tangible and appreciable ways.

Quickly wipe the dust from your feet

There are many ways to construe the symbolic expression of wiping dust from one’s feet. Most literally, people walked around ancient India barefoot much of the time and the early texts often describe the polite protocol of providing water for washing the feet and providing a seat (probably a folded blanket or cloth) for discussion—and for meditation. More figuratively, we can imagine that one has to wash away ordinary daily concerns in order to clear the mind for meditation, or that one has to abandon attachment to various views in order to clear the way for developing new insights. Either way, the fact we are encouraged to do this “quickly” suggests both the urgency and the value of undertaking such a practice.

And sit yourself down to one side

As we know, the Buddhist teachings do not put much emphasis on the “self” we mean in the English “yourself.” All the Pali is actually saying here is “sit down to one side.” The extra word is just being added to bring the translation in line with the original meter, which is eight syllables per line, so don’t get distracted by it. The phrase refers both to taking a seat beside the Buddha in order to hear his instruction, and to sitting down deliberately in a quiet place to engage in the practice of meditation. As you can imagine from what has been said so far, this double sense of the expression is intentional. For in its original context, to hear the teaching was to practice the teaching, so to sit down for instruction was also to sit down to fulfill that instruction in direct experience.

Here we get to the core of the matter, the way, specifically, we engage with the Buddha’s teaching. The word for tranquility is samatha, a word well known to Buddhist practitioners. As a technical term it refers to concentration practices that calm the mind by focusing its attention upon a single object, including focusing on loving kindness in mettā practice. But it can also be used more generally (as I think is the case here) to refer to mental training and mental development as a whole. The final word of the compound is worth examining, for it is difficult to render exactly in this context. The word is –yuttā, or –anuyuttā, which can have a positive or a negative connotation. Negatively, it can refer to being attached to something, to be bound or yoked as a bull is lashed to a cart. Positively, it means rather the discipline or commitment that allows for something to have a deeply transformative effect. In this instance I think it refers to a fundamental engagement with the practices of tranquilizing the mind, and a core commitment to bringing its practice into one’s life at all levels. Another way it might be rendered is “Engage with mental tranquility!” 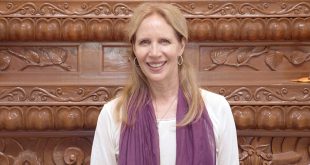 Narayan Liebenson | Insight Journal: What can I learn from this? 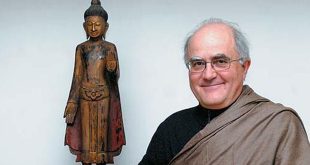 Stephen Batchelor | Insight Journal | BCBS: After Buddhism | A New Idiom for a Pragmatic, Ethical Culture Based on the Teachings of Gotama

Insight Journal: With proper caveats about speculation, you go after a historical Buddha in this book—a … 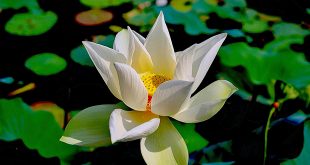 While I am happy to be attending a conference on secular Buddhism, I do not …

“Silent Illumination,” or mozhao, is often associated with the Caodong (Jp. Soto) School of Chan (Jp. …